My sons (especially the oldest) are war buffs.
World War 1 and 2, the American Civil War, etc.
So even though we are Canadians, my oldest especially loves the American flag and wanted to make one to use as a 'war flag.'
We cut up an old sheet and used a mix of acrylic and fabric paints as I didn't want to use all fabric paint since it's much more expensive than the acrylic. 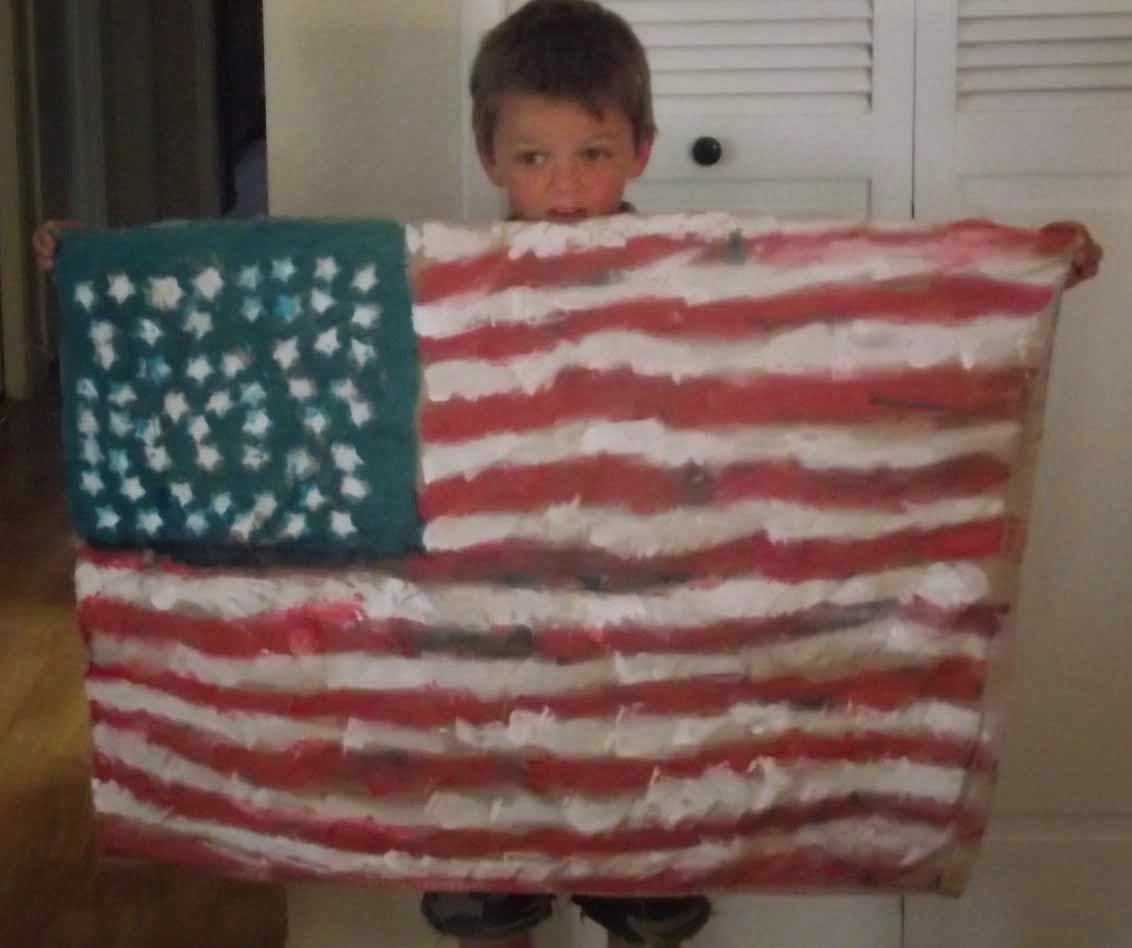 He used stencils for the stars and freehanded everything else.
Excuse the wrong number of stars and stripes--he was going for the look, not accuracy so much!
My second son's loyalties are divided...
﻿ 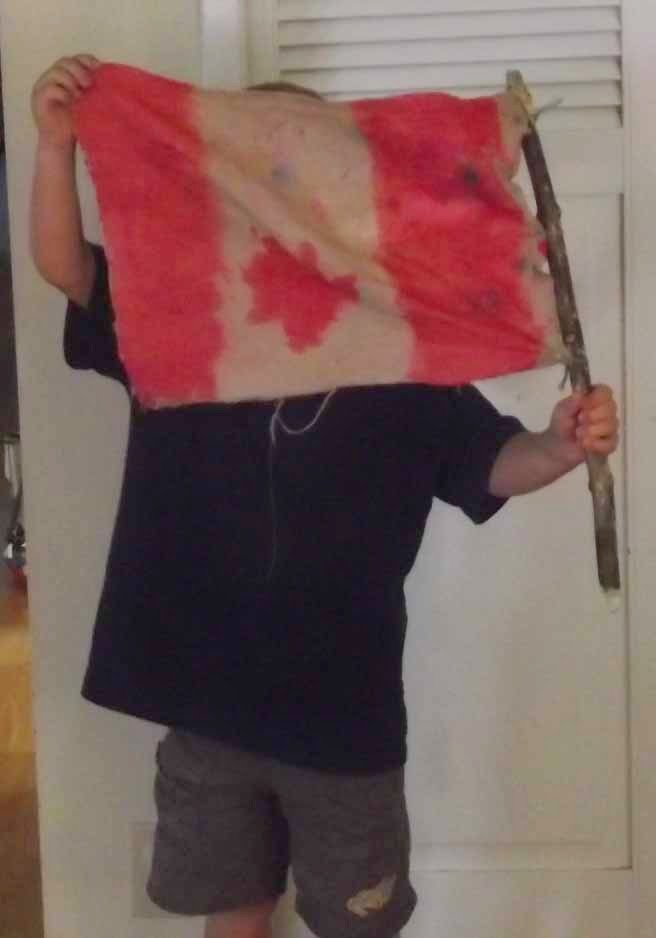 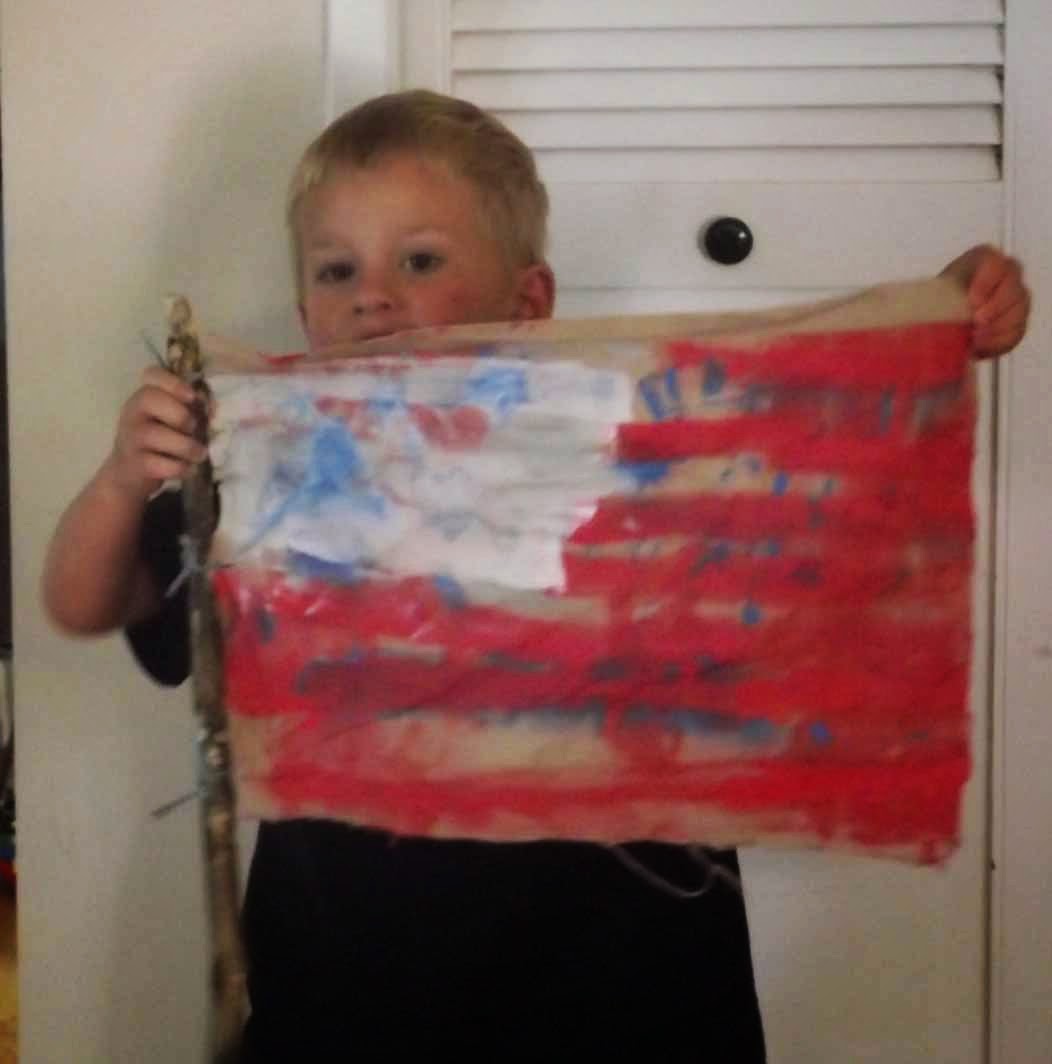 Those are the same flag. One side is his version of the American, one is Canadian.
He got me to tie it onto the stick...I love how 'carefree' he is about a two-sided flag--he tells his brother when they play war, that their 'team' is the Americans and Canadians!
My older son on the other hand had a much larger flag and was insistent that it needed a good stick.
So, my husband picked up a dowel from the hardware store.
Then, it had to be attached with grommets and hooks. 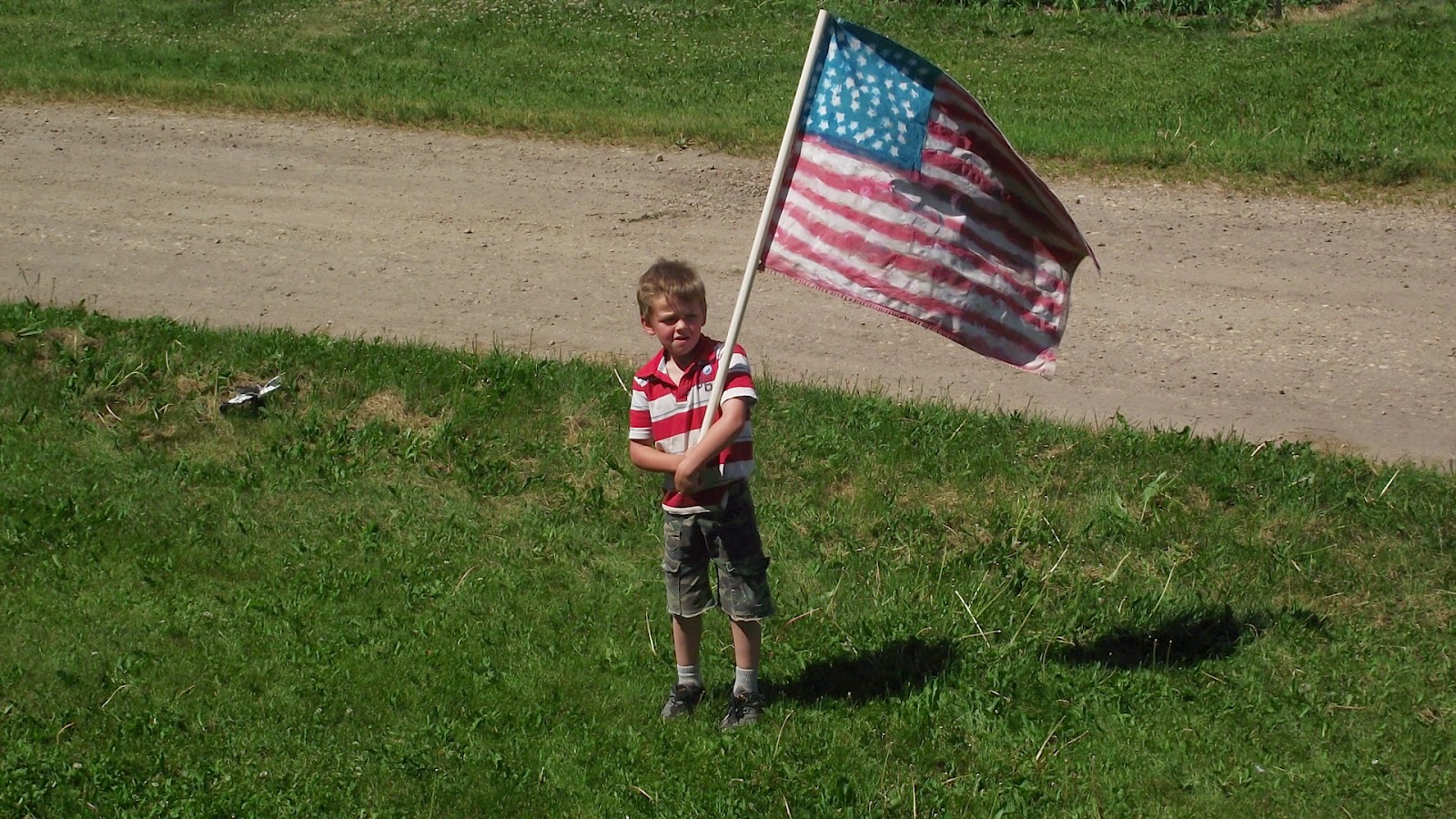 He ran outside to do a battle charge so my husband quickly snapped some pictures.
My son is pretty proud of his flag! 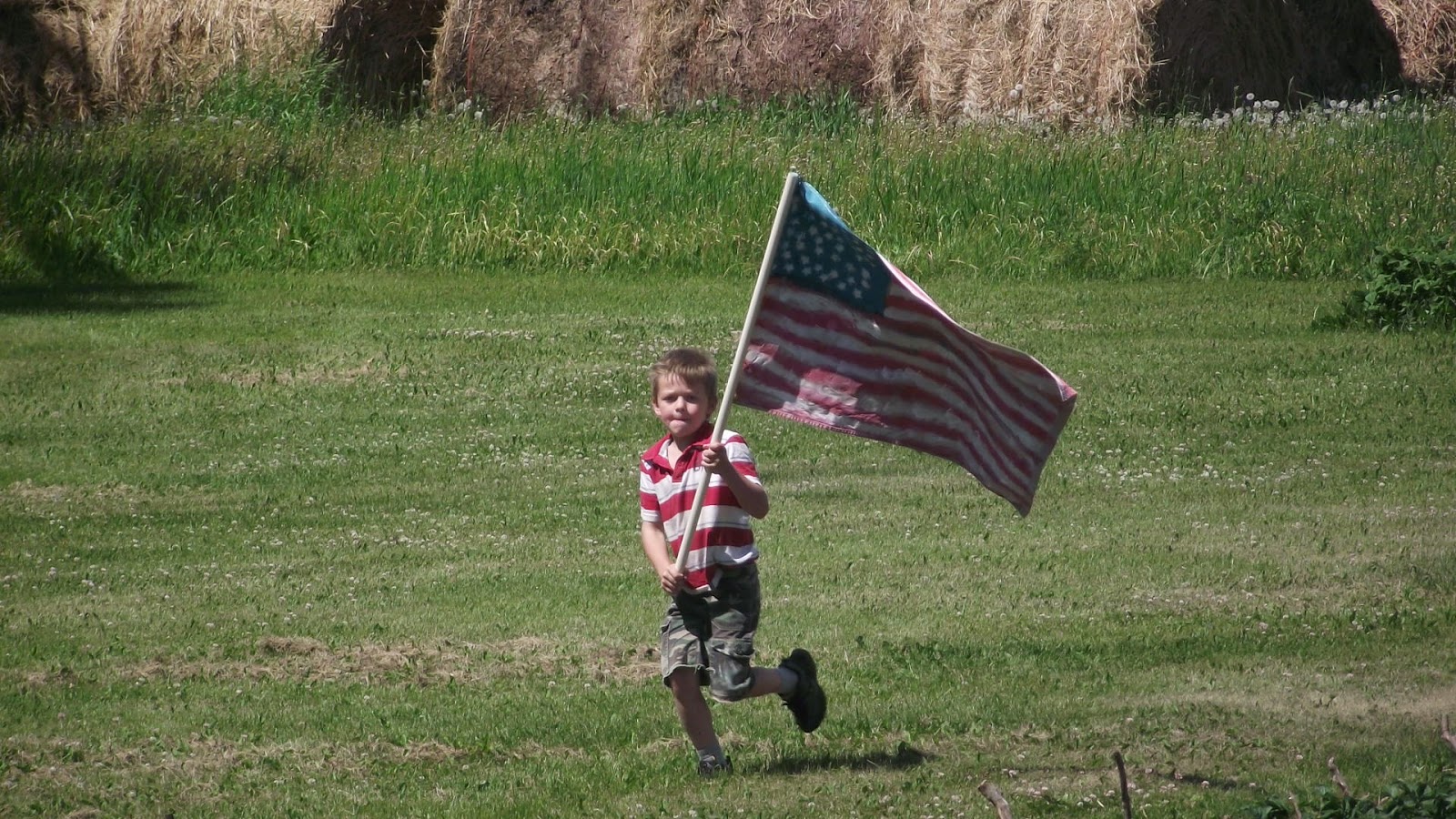 Ha, and a funny story: they were done (the oldest, one side and the younger, both sides) and wanted to take pictures of it--just like Mom does when she makes something. I think they're learning a little something from my sewing and blogging!
So, to all my Canadian readers: 'Happy Canada Day on the 1st!'
And, to all my US readers: 'Happy Independence Day on the 4th!'