Sometimes a project just doesn't work out the way you want.
This shirt is one of those. 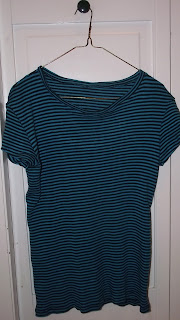 It is another Jalie 2805 and the problem was NOT the pattern.
It was the second-hand store fabric. And, my children. And, my laziness. 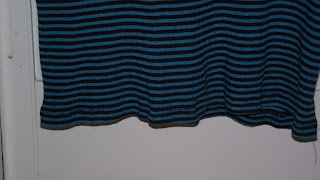 The fabric stretched out as I hemmed the bottom. 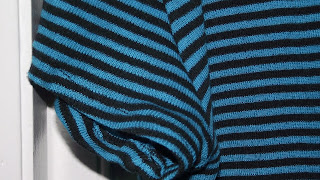 The fabric stretched out as I hemmed the sleeves. 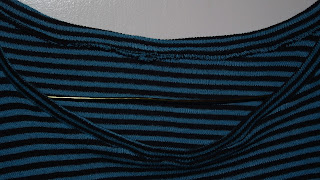 The neckline was stretched out by my children. I had the neckband cut and sewn in a circle, waiting on my desk to be sewn into the shirt. But, I had to do some work and left it there. A little later I heard my oldest telling two of his younger siblings, "Don't!!! That's for Mommy's shirt!" I turned to look and sure enough, they were each pulling on one end of the neckband. It was completely stretched out. Like completely. 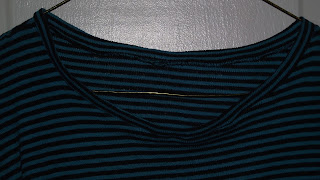 But, in my laziness, instead of cutting another one, I thought with some major heat from my iron after sewing it would shrink back a little. It did--a wee little. Nothing like it needed to be shrunk back to a good neckband.
So, I have this shirt that is rather stretched out. It's still wearable at home--that's about it. And, because the hem and sleeves are all stretched out as well, I can't muster up the courage to start unpicking that neckband--that cover stitch I use on my machine is a PAIN to unpick.
Have you ever made something that is a bit of a flop?